This post may contain affiliate links. If you purchase through one of these links we may earn a small commission at no extra cost to you. For more information, please read our disclaimer.

Do you live in North America?

Then I have bad news.

There are more than 20 different types of poisonous snakes to be afraid of.

But don’t cancel your camping trip just yet. While snake bites happen, there are some great prevention methods.

And that’s what I will be discussing in this article.

If you don’t have time to read the entire article, here’s my advice.

Make sure you keep your food in containers so you don’t attract snakes. contrary to popular belief, snakes will eat eggs, meat, fish, and more.

However, this is rare.

But leaving food around will attract the snake’s prey, so the snakes will follow.

To learn about some other ways to deter venomous snakes, keep reading.

How To Be Safe In Snake Territory

Prevention is the best deterrent.

To ensure you don’t encounter any venomous snakes, stay out of snake country!

I know this is easier said than done. However, there is one place in America that is 100% snake-free.

With Hawaii being the runner-up, with only one snake that poses any danger to humans (Yellow-Bellied Sea Snake).

And truth be told, you rarely ever encounter one of these snakes.

On the flip side, Arizona has the most snakes. And the worst thing!? Many snakes in Arizona are venomous.

The reason for the large population of snakes in Arizona is because of the hot weather. Snakes don’t produce heat themself, so they rely on the sun.

I mentioned previously that snakes can eat human food.

At least they are not like those annoying bears, huh!?

Anyhow, here’s why it’s important to use air-tight containers.

A snake’s diet primarily consists of small mammals. Yes, this includes mice and other rodents. Leaving human food on display invites these pests into your campsite.

Because snakes have an excellent sense of smell, they won’t be too far behind.

Plus, using containers prevents bears from getting a whiff.

The last thing you need is a campsite surrounded by snakes and bears, right!?

3. Put Your Snake Repellents In The Trash

Everybody talks about snake repellents.

But do they actually work?

But don’t take my advice for it. Here’s what Mark Pelley has to say…

So what should you do instead?

I recommend using white vinegar to repel snakes. It’s easy to use and affordable. Simply pour white vinegar around the edges of your campsite, and enjoy a snake-free camping trip.

The reason this works so well is because the smell annoys snakes. It’s also believed that white vinegar irritates their skin.

4. Pitch Your Tent In The Correct Location

When pitching your tent, it’s important to know where snakes hide out. That way, you won’t be awoken by a rattlesnake midway through the night!

That can include the following:

Always inspect your campsite before your set up your tent and other equipment.

Remember, just because there is no debris around, doesn’t mean there are no snakes.

If you decide to spend the day hiking, it’s important to check your tent and clothing when you return.

To avoid snakes is one thing, but finding them in your tent.

You have to remember that snakes can squeeze through minuscule gaps. So, you may think your tent is safe.

But what if there’s a small undiscovered hole?

It’s also a good idea to check your other camping gear.

The last thing you want to do is pick up a backpack and encounter a deadly snake!

6. Switch To A Hammock

Have you ever considered sleeping in a hammock?

It won’t keep snakes away from your campsite. However, it’s much safer than sleeping in a tent.

At least with a hammock, you’re elevated from the ground, making it much harder for snakes to gain access.

For extra security, make sure it has mesh netting and a tarp over the top.

Not only will this stop snakes from entering your sleeping area, but also other small animals such as lizards, frogs, and scorpions.

Although some consider snakes dangerous to humans, they are more scared than us.

Unless provoked, snakes do their best to avoid humans altogether. The only time you should be concerned is if you accidentally startle a snake.

Even if you do manage to get bitten by a poisonous one, the chances of it being fatal are slim.

So, as long as your stay prepared and follow the steps in this article, you shouldn’t have any problems.

However, I think it’s important to know what to do when bitten.

And that’s what I will discuss in the following sections…

What To Do If You Get Bitten By A Snake

Before I discuss what to do if bitten, I want to talk about knowing your snakes.

Not all snakes in America are dangerous. therefore, it’s important to know the type of snake you’re dealing with.

However, here is an article that lists all the snakes in North America.

I recommend finding out the most common snakes where you plan on camping. Then you’ll know which ones pose a danger, and which ones don’t.

The first thing you should do when bitten by a snake is call 911.

The sooner you get medical attention, the safer you will be. If you’re in the wilderness where there is no phone signal, I recommend carrying a walkie-talkie.

That way, you can contact your camping buddies and get them to call 911.

When venom gets injected into the bloodstream, It’s important to slow down your heart rate. That way, the venom won’t travel through your body as fast.

It’s best to stay seated, or even lay down (if you can).

In addition, try to focus on your breath. The more you can stay calm, the slower your heart rate.

When an emergency situation arises, people tend to clean the wound.

However, please don’t do this with snake bites.

When you get to the hospital, the doctors will need to test the area to determine which type of snake the bite is from. If you wash away all the venom, this process becomes harder.

Are snakes a problem when camping?

Snakes are not aggressive unless provoked or scared.

Most of the time, you can go about your camping trip without worrying about any snake attacks.

Just make sure to check your sleeping bag, tent, shoes, and other equipment beforehand.

Does putting a rope on the ground keep snakes away?

It’s not uncommon for people to assume putting a rope around the campsite deters snakes.

Snakes can easily slide over ropes without a second thought. Therefore, I wouldn’t recommend this tactic for keeping the snakes at bay.

You’re much better off keeping your equipment off the ground. Instead, put it higher up where snakes can’t get inside.

Will a campfire keep snakes away?

A campfire is another excellent way to keep snakes at bay. Similar to white vinegar, they don’t like the smell of smoke.

The only problem with a campfire is you can only keep it burning while you’re there.

As soon as you leave the campsite or go to sleep, the snakes might return.

Read Also: Foil Packet Meals You Can Cook On A Campfire

Do Plastic Owls Keep Snakes Away?

Would you believe it…

Snakes can easily tell the difference between a real and a fake owl. The only thing using plastic owls will do is cost you more money.

Campfires and food containers are much better deterrents.

What time of day are snakes most active?

It’s hard to provide an accurate answer to this question.

To be frank – it depends entirely on the type of snake.

Some snakes venture out during the morning, some in the afternoon, and others at night. To get a more reliable answer, it’s best to learn about the snakes in the area you’re camping.

To stay safe in snake territory, it’s best to pitch your tent in the correct location and use food containers.

At night, a fire will keep snakes away from your campsite.

Apart from that, and knowing where snakes hideout, it’s best to stay relaxed. Snakes don’t consider humans prey, so I wouldn’t worry too much.

Even if you do get bitten, it’s unlikely it will be fatal.

In fact, it’s unlikely you will get bitten at all.

Continue Reading: Here’s How To Repel Mosquitoes Like A Pro

Want To Become A Camping Expert?

If you want to take your camping knowledge to the next level, you can view my collection of guides by clicking the button below!

Previous Post: « Why Is Camping So Exhausting: And How To Fix It Fast
Next Post: Camping Cooking Utensils – How To Choose The Best Ones In 2022 »

This site uses Akismet to reduce spam. Learn how your comment data is processed. 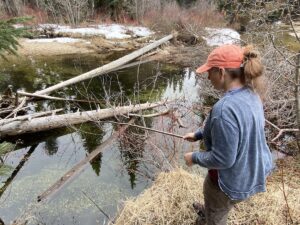 Welcome to the Adventure!

We have a passion for adventure and a desire to create new experiences and memories. Our hope is that by seeing our adventures and learning more about camping, you will be inspired to create your own adventures. Go outside and play! 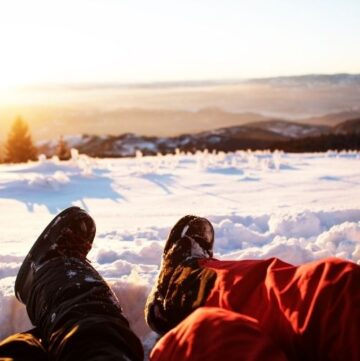 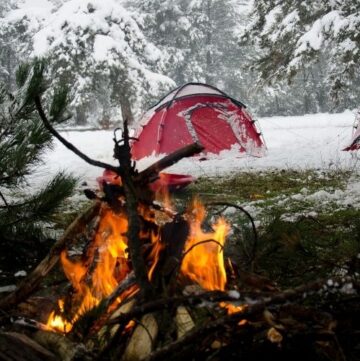 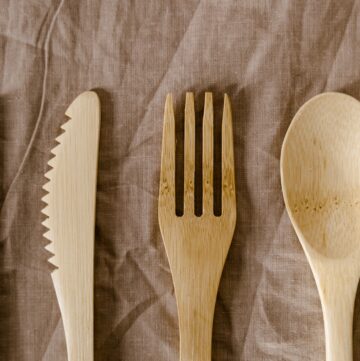 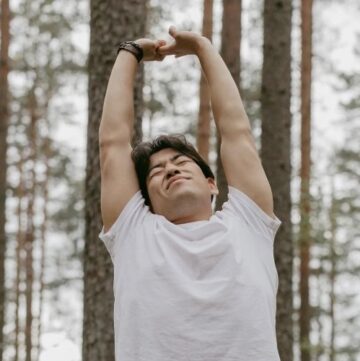 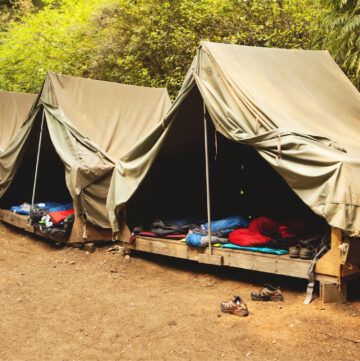